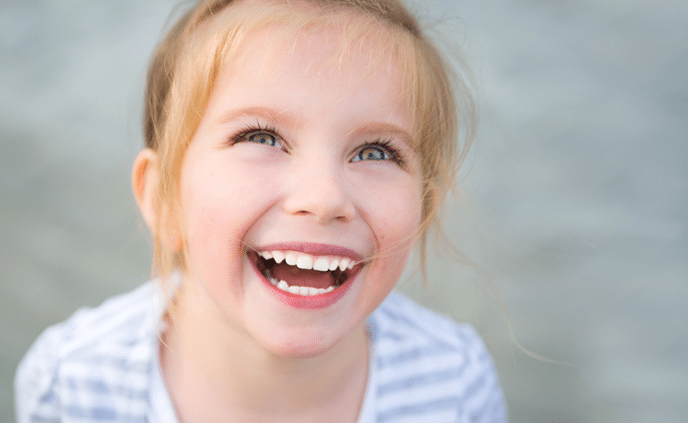 At a Montessori preschool, the primary focus is on developing a well-rounded individual. Montessori educators aim their attention at developing what is called the “whole child,” meaning physical, social, emotional, and cognitive aspects. Unlike traditional preschools which just focus on a child’s cognitive abilities, the Montessori approach to education values the human spirit and takes into account the teachings of Dr. Maria Montessori, an Italian physician, educator, and innovator.

What is physical development?

According to Dr. Maria Montessori, knowledge, movement, and learning are all interconnected elements in the education process. In order to learn through the senses, she believed that the individual should engage the whole body. Quite unlike a traditional classroom where children are expected to remain glued to their chairs throughout the whole day, a Montessori environment encourages movement and physical activity in order to promote physical growth and maturity. In addition to developing stronger muscles and bones, being physically active can help children have an easier time falling asleep at night.

Developing the physical aspects of the child can be done through outdoor play. This is a benefit in and of itself because outside play exposes children to all of the beautiful things that nature has to offer. The great outdoors also serves as the perfect place for children to explore with their senses. For example, children can see animals, touch rocks, and smell plants – making the outdoors a classroom of its own kind.

What is emotional development?

As stated by Dr. Maria Montessori in From Childhood to Adolescence, “Joy, feeling one’s own value, being appreciated and loved by others, feeling useful and capable of production are all factors of enormous value for the human soul.” For this very reason, the Montessori environment emphasizes developing inner peace and learning how to recognize and manage emotions. From an early age, a Montessori preschool will show children how their actions can affect other people. Being able to recognize this concept is an important life skill because many conflicts in life will arise from a person being hurt by another’s actions.

In a Montessori preschool like Step By Step, children learn the value of respect. When a disagreement arises in a Montessori classroom, it is used as a learning opportunity for children to talk about their feelings in order to resolve the issue peacefully. As children develop emotional intelligence, they are able to form stronger bonds with others.

What is social development?

Cultivating a child’s social intelligence involves creating an atmosphere that invites social interaction. A Montessori preschool is characterized by multi-age classrooms, a feature that is well-known for fostering social interaction among children of varying ages. These multi-age classrooms group children according to their plane of development, rather than their exact age – which is how a traditional school groups children.

What is cognitive development?

The Montessori method seeks to stimulate creative thinking and problem-solving abilities while nurturing the innate drive to learn and challenge oneself. With this in mind, it’s important to consider that the Montessori classroom expands far beyond four walls, and to a Montessori student, the world is their classroom. This education philosophy allows children to view themselves as global citizens and helps them recognize and appreciate the beauty of various cultures and traditions. As children begin to gain an understanding that they are part of a greater universe, the Montessori environment helps them develop a moral responsibility to protect our planet for future generations. 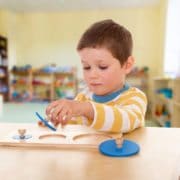 Intrinsic Motivation in a Montessori Education

Is My Child Ready for Kindergarten Emotionally?

Teaching Kindness and Respect in a Montessori Classroom

Is My Child Ready for Kindergarten Academically? 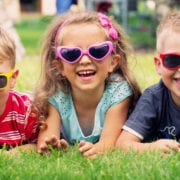 Is My Child Ready for Kindergarten Socially?
How Montessori Differs from Daycare

Montessori in the Home
X
Scroll to top